Moving forward while looking back

Unspoken Theatre recognizes the lengthy history and cultural span of theatre. We are interested in staging work that embraces and acknowledges this scope. We mount old and new work, and support new play development. Founded in Toronto in 2011 by sisters, Natalie and Nina Kaye, the company has produced and developed award-winning plays in a wide variety of genres including children's theatre, 1920's cabaret, and raw adult drama. The company has a focus on new work by local female playwrights which contains a historical, classical, or mythological element. Past productions have been praised for poetic imagery, believable characters, inventive staging and powerful performances. 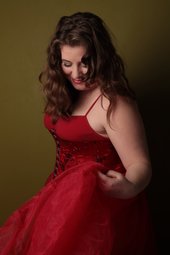 Nina Kaye is the artistic director of Unspoken Theatre Company. A playwright, poet, actor, singer, costumer, dramaturg, publicist, director and producer, she is a graduate from the Masters' program in Drama at the University of Toronto.

Her full-length play, Unspoken, won first prize in the Hart House Players play contest and was named a finalist with Panfish Productions and NuVoices. Her one-act play, Seven Ages, was a runner-up in the Sterling Studio Theatre play contest. Her short comedy Castle Falderal won the Playwright’s Survivor contest at Sterling Studio Theatre. Her writing has been produced in Toronto, New York, and Washington.

Nina has worked as a director with Alumnae Theatre Company, Hart House Players, 2hardboiledeggs, and Unspoken Theatre, and as an assistant director with Bard in the Park.

In April 2016, she directed The Dialogues of Leopold and Loeb at Alumnae Theatre and her short comedy Kill Your Darlings appeared at the Short Short Play Festival. In May 2016, her full length play about Niagara Falls Into The Abyss received a reading with Alumnae Theatre and her short play Death Meets Harlequin premiered at the Ralph Thornton Centre in Leslieville. In June 2016 she produced Mood Swings, a shed show at the Toronto Fringe. Her play Death Meets Harlequin will be produced at Toronto Fringe in July 2017. 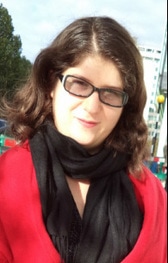 Her one-act play, Mood Swings, won first place in the Pat the Dog 24-hour play contest. The play was workshopped by Pat the Dog in February, 2014 and received a full production at Toronto Fringe in 2016.
Her short plays, Universe Inc. and A Toast  were produced by Newborn Theatre at the Odds and Ends Festival.
Her full-length musical comedy, Walking Around in a Dream, or Gentlemen Prefer Maypoles, is in-development with Unspoken Theatre and received a workshop under the title Let's Misbehave

She is the co-founder of 2hardboiledeggs productions, and was a member of the gutterbird collective. 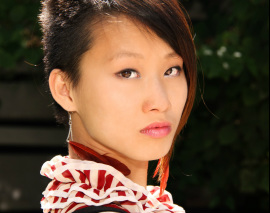 Maggie is a 20-something currently studying for a degree involving Food, pursuing human rights activism, and seeking lifelong passion. She found her voice through theatre at the tender age of fourteen and continues to explore acting through community and collegiate theatre. With Unspoken Theatre, she has acted in LOVESICK (S, Melanie) and Let's Misbehave (Helen).
maggiecheung.ca