MOONEY ON THEATRE SAYS
"Commedia Dell’arte [performances] are caricatures, delightfully so"
Nina Kaye is one "of our city’s best emergent playwrights”
Music in the performance is "striking" "comical" and "pretty" 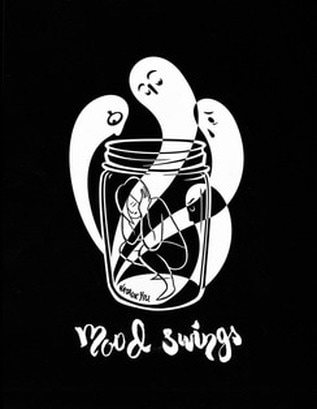 A jaded young thing waits in the sweaty sun of sad Toronto for the 501 that never comes. A mass of plaid in Buddy Holly glasses droops his puppy dog eyes in her direction. Will she look back? An experimental and poetic premiere of the award winning short play about longing for love in the millennial age.
Starring Maggie Cheung and Tom Beattie

Death Meets Harlequin and Other Plays May 2016

May 20 to 29, 2016
Friday, Saturday, and Sunday at 7:30PM and Sunday at 2PM
Ralph Thornton Centre, 765 Queen St E (Just east of Queen and Broadview)
$15/$10 cash at the door
Three new plays by local female writers about love and transformation in a beautiful Leslieville venue
A rotation of special musical guests will perform each night

THE EMPRESS by Sandra Cardinal
Directed by Nina Kaye
Starring Glenda Bell and Aleksandra Maslennikova
What good is success if you can't enjoy it?
A stressed hotel owner learns about abundance from a wise wanderer in this philosophical dialogue inspired by Tarot cards

DEATH MEETS HARLEQUIN by Nina Kaye
Directed by Nina Kaye
Starring Thomas Gough, Nina Kaye, David Montesdeoca
What if Death was a girl you loved?
Quinn is a dreamy layabout, and his father the Doctor has just about had enough when a mysterious young woman enters the picture. Comedy and music fill this lively piece inspired by Commedia dell'Arte

THE RED DEER by Nina Kaye
Directed by Glory Dearling
Starring Aaliya Alibhai, Aleksandra Maslennikova, Natalie Kaye
What if true love could break enchantments?
Based on the Irish myth of the hero Finn Mac Cool, this fairy tale in verse tells the story of love, loss, and evil enchantment. 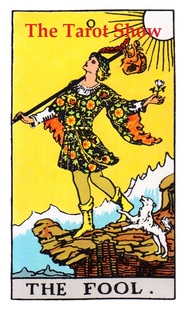 The Program:
7:50pm interested attendees will put their name in a hat for a chance to get a free tarot reading

8pm the tarot reading will be given publicly

Into the Abyss: A Play Reading  February 2014 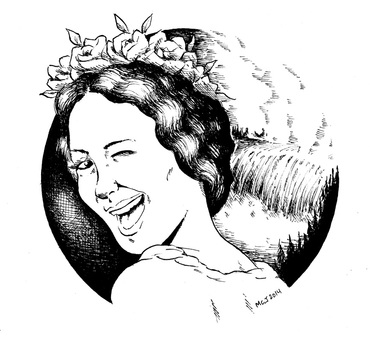 The Centre for Drama, Theatre and Performance Studies presented a free play reading of the full-length play Into the Abyss by Nina Kaye, currently in-development with Unspoken Theatre Company.

The diverse cast of characters in the play represent the rich cultural melange of the Niagara Falls border town, with it's history as a First Nations settlement, a location for Canadian-U.S. exchange and antipathy, a site for daredevil performance, and a stop along the Underground Railway.

The public play reading was a free event at 8pm on Tuesday February 25th at the Glen Morris Studio Theatre at 4 Glen Morris (near Harbord and Spadina). 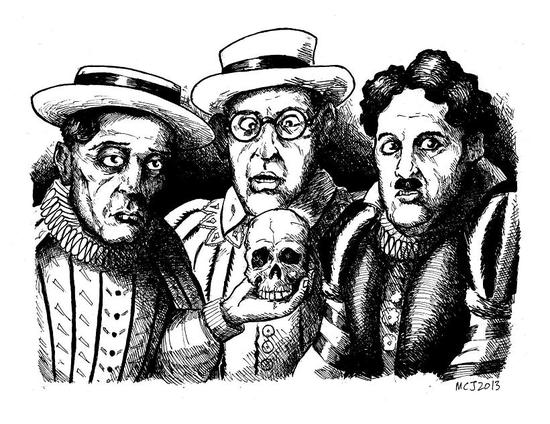 LOVESICK An Evening of Dark Romance May 2013 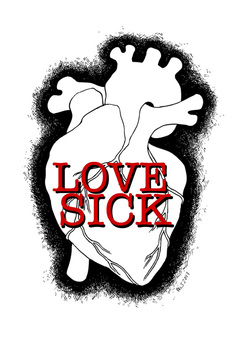 The Plays
"I" by Shrikha Khemani - A bittersweet and sentimental romance evoking A Philadelphia Story and Blithe Spirit.

"Seven Ages" by Nina Kaye - A runner-up in Sterling Studio Theatre's recent play contest, Seven Ages looks at the life and loves of Emily over seven different ages in her life.

"Anthony" by Aaliya Alibhai - A bitter introvert and a feisty lady bond over twisted literature...Could this be love?

The Monologues
"The Last Word" by Natalie Kaye - As published in NEST Magazine, The Last Word is the fierce, funny, and final manifesto of a man with unconventional passions.

"Up Against a Locker" by Nina Kaye - High school passions are not for the faint of heart.

"When I was a kid" by Nina Kaye - Inspired by The Perks of Being a Wallflower, the piece introduces Julio, who is only clear about being confused.

"Rodney" by Nina Kaye - Falling in love means getting a whole new bag of tricks. 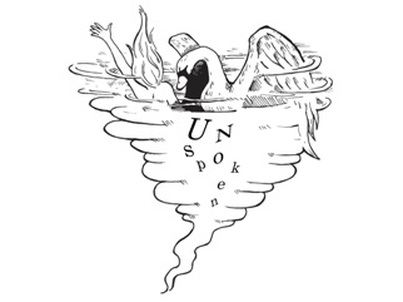