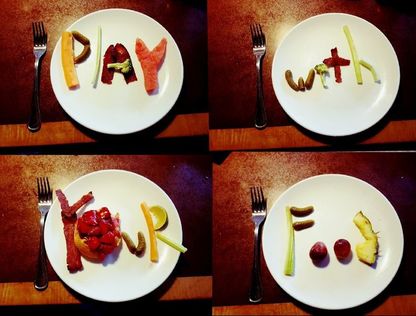 The team who created the Toronto Fringe Festival sold out show, Kitchen Sink Drama, return with more short, original food-themed plays by award-winning playwrights performed in a kitchen on Queen St East. By special invitation from the Ralph Thornton Centre, to celebrate their open house on Sept 15, the team has prepared a quartet of solo performances showcasing a sample of voices through history in the Riverside, Leslieville, and Riverdale area.

Location: Community Kitchen 2nd floor Ralph Thornton Centre, 765 Queen St East
Dates/Times: September 14, 15, 16 at 7:30pm, with additional matinee on Saturday at 3pm
Tickets: All tickets are Pay What You Can in cash at the door, seating in the kitchen space is limited, so arrive early to claim the best seat.

Honey Glazed, written and directed by award-winning playwright Natalie Kaye, and starring musical sensation and Fringe veteran Elizabeth Rose Morriss, is a delightful and touching piece about a working class girl in 1920’s Riverside who dreams about being an actress. Kaye returns to the twenties era after her full length musical comedy Walking Around In A Dream, which was workshopped by Unspoken Theatre. Morriss, a performer in musicals at the Lower Ossington Theatre, and cabaret showcases produced by Jennifer Walls, brings her lovely voice and acting talents to the role.

11-8, written and performed by Naseem Reesha, and directed by Jeff Kennes, is a powerful and dreamlike poetic meditation set in the 1940’s, exploring the experience of those left behind in Leslieville whose family members went to be soldiers in the second world war. Reesha returns to the stage after his searing performance in Kitchen Sink Drama, which was praised by NOW Magazine as being “intense” and “focused”. Kennes brings experience as a graduate from the Director’s Program at InspiraTO short play festival and recent directing credits at Toronto Fringe and the University of Toronto.

Baby, written and performed by award-winning playwright Nina Kaye, reveals the hopes and struggles of a soon to be mother in the early 1980’s Riverdale during the recession. Kaye, an experienced playwright and director, returns to the stage after praise for her performances from Mooney on Theatre as “lovely” and “striking”.

Menos Boca, written and performed by David Montesdeoca, is set in present day South Riverdale and tells the personal story of meal times as a family tradition that can connect us to the ones we love. Montesdeoca relates the tale with animation and charm, having been praised by Mooney on Theatre for being a “delightfully…wide-eyed and mischievous dreamer” in Unspoken Theatre’s Death Meets Harlequin and Other Plays. 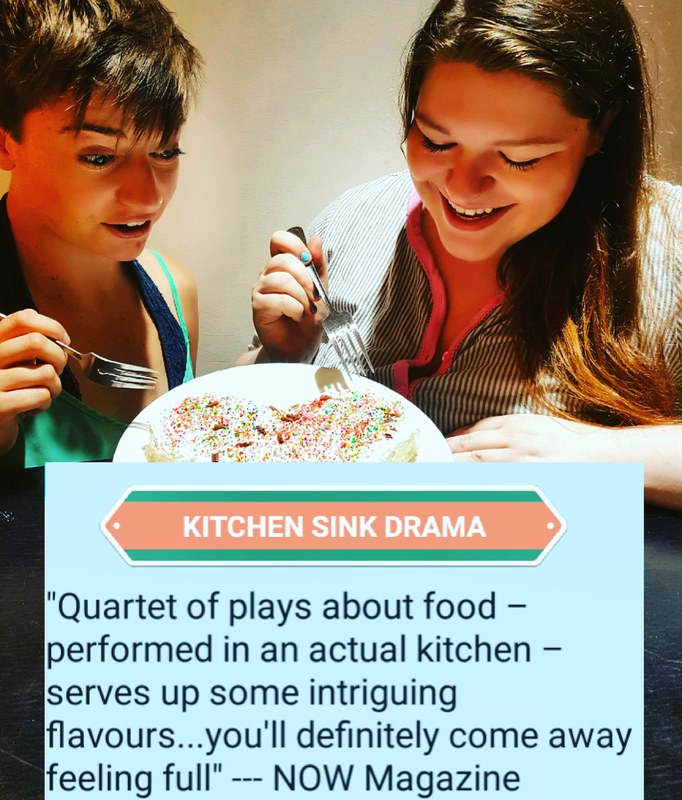 ​​"Quartet of plays about food performed in an actual kitchen serves up some intriguing flavours...you'll definitely come away feeling full"- NOW Magazine review

"Bitterness, revenge & romance in four delicious courses in Kitchen Sink Drama"-Life With More Cowbell review
​
"Kitchen Sink Drama is a highly engaging and well crafted piece. It is definitely worth taking advantage of this opportunity to see a Fringe show in Leslieville for the first time" - Mooney on Theatre review

Your $13 ticket to Kitchen Sink Drama includes four short plays & a serving of snacks from our tasty sponsors, including unique gourmet creations from CXBO Chocolate​

Four plays in a kitchen! Five playwrights created brand new work to perform in a kitchen at Queen St East. Writers were given a unique flavour - Salty, Bitter, Umami, Sweet - to correspond with the Soup, Salad, Main, and Dessert course of a meal. The pieces they created are strange, powerful meditations on love, betrayal, grief and revenge. They are magical, delicious and proudly queer.

The Salty Soup course is the first play, Siren, by award-winning playwright Natalie Kaye (Mood Swings, Fringe 2016), which tackles themes of violence, betrayal and sexual violence as a scullery maid rails against the constraints of her oppressive employment, vowing to storm the seas as a cross-dressing, blood-thirsty pirate.
**trigger warning - description of violence/sexual violence featured in performance**

The Bitter Salad course, Bitter Hearts, grapples with the ethics of veganism while relishing the inescapable bitterness of first love’s betrayal.

The Sweet Dessert course is A Trifle, written by award-winning playwright Nina Kaye (Death Meets Harlequin, Fringe 2017) and directed by Collette Radau (Midnight Toronto, Rhubarb 2017). The queer comedy about new love, cake, and how to connect, is a sweet, but not too saccharine, way to end the night.

OUR CAST AND CREW FOR KITCHEN SINK DRAMA 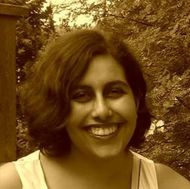 Aaliya Alibhai (Playwright) is a playwright and novelist with a long history of work in theatre. Her credits include performer, dramaturge, designer, stage manager, playwright and assistant director. Credits with Unspoken Theatre include Lovesick, which featured her short play Anthony, and Bran in The Red Deer. She also co-wrote and starred in Sexpectations: A Collective Procreation with Hart House Players. 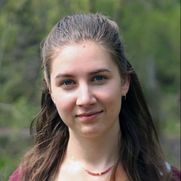 Amelia McCarthy Blaine (Stage Manager) is going into her fourth year at the Ryerson School of Performance for Production and Design. Recent credits include: Stage management: Configurations of a Divine Bitch (Goat Howl Theatre), the We’re Funny That Way Performance Festival, Love’s Labour’s Lost (Ryerson School of Performance), and Fables for the Future (Clay&Paper Theatre). Aside from stage management, Amelia is a playwright, director, designer, and performer. Last summer Amelia co-founded her own company, the BadFox Theatre Collective, with whom she produced and directed her original play: They’ve Been Sitting in the Graveyard for Far Too Long. 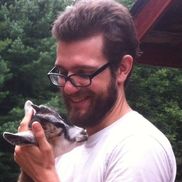 Laurence Braun-Woodbury  (Playwright) is a writer of articles, rants, poems, and plays. He is a sometime actor, event organizer, bartender, artist model, tree hunger, activist, global traveler and gentleman about town. This is his first production at Toronto Fringe. 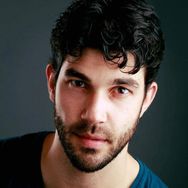 Evan Boutsov (Actor)
Evan's determination and love for acting has led him to international opportunities including the Six Acts festival in Prague, C.R. and performing Romeo and Juliet at Shakespeare's Globe Theatre. He is currently pursuing a Master's Degree in Performance at the East 15 Acting School in London, England, and hopes to continue working internationally while working on his craft. 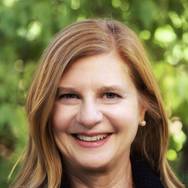 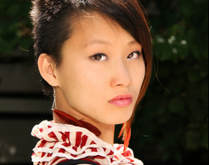 Maggie Cheung (Actor) is a 20-something currently studying for a degree involving Food, pursuing human rights activism, and seeking lifelong passion. She found her voice through theatre at the tender age of fourteen and continues to explore acting through community and collegiate theatre. With Unspoken Theatre, she has acted in Moodswings, LOVESICK, and Let's Misbehave .
maggiecheung.ca 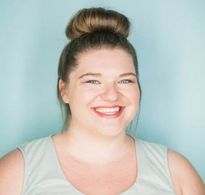 Maggie Cook (Actor) is a current graduate of York University and is very happy with the training she received. Maggie is thrilled to be working on her first Toronto Fringe show with this amazing cast and crew Maggie would like to thank all the friends and family that have supported her and helped her become the woman she is today. Maggie would like to dedicate this show and every day of her life to her brother Harold Malcolm Amero. 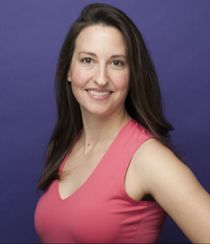 Andrea Irwin (Actor)
was last seen at Toronto Fringe in What is the Mango Project?, POP: The Musical, Perceptions of Love & The Pursuit of Happiness and False Start.  She recently acted in Omission (Alumnae Theatre), Hogtown: The Immersive Experience (Hogtown Collective), Proof (Theatre UnBlocked), Toronto, Mississippi (Panfish Productions), as well as various TV commercials. Andrea trained at George Brown Theatre School and Queen’s University Drama. She is appearing with permission from the Canadian Actor's Equity Association. 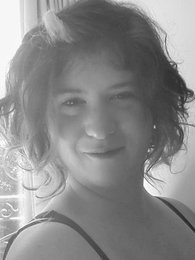 Natalie Kaye (Playwright, Director, Artistic Director of Kitchen Sink Productions) is an award-winning poet and playwright. Her play Mood Swings won first place with Pat the Dog and was produced by Unspoken Theatre at Toronto Fringe in 2016. She is a practiced editor and dramaturge. She is a graduate from the Masters program in Drama at the University of Toronto. Her play Walking Around in a Dream is in development with Unspoken Theatre. 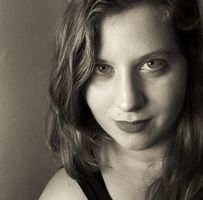 Nina Kaye (Playwright, Producer, Director, Dramaturge, Artistic Director of Unspoken Theatre) is an award-winning playwright and a published poet. Her plays and short works have been produced in New York, Washington and Toronto. Her scripts received first prize in competitions at Sterling Studio and Hart House Players, and were shortlisted in contests with NuVoices and Panfish Productions. She has worked as a dramaturge on many projects. She has directed with Alumnae, Unspoken and 2hardboiledeggs. 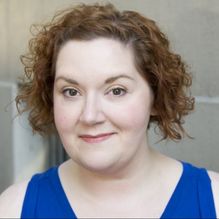 Kelly Marie McKenna (Actor) relocated to Toronto in 2017 to pursue her MFA in Acting at York University, where she has appeared in the ensemble of Fear and Misery in the 3rd Reich, directed by Severn Thompson and as Procne in If We Were Birds, directed by Margaret Muriel Legere. Kelly was born and raised in the US and has credits in theatre, film, and television in NYC, Washington D.C. and Pittsburgh, where she received her BFA in acting from the Conservatory of Performing Arts at Point Park University. She is enjoying her debut with Unspoken Theatre Company in the 2018 Toronto Fringe Festival.  www.kellymariemckenna.com 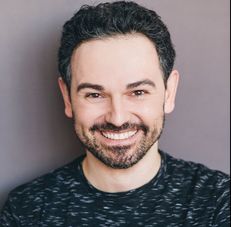 Mladen Obradović (Actor) is an actor, director, drama teacher and theatre producer. Graduated from York University's MFA Program in Acting in 2007. Taught for several drama schools in Toronto, currently works as Theatre Teacher for Academy for Gifted Children P.A.C.E. Some of his favorite Canadian acting credits include Zangara in Stageworks Toronto's "Assassins". Chandebise/Poche in Toronto Fringe's "A Flea in Her Ear", Dr. Frankenstein in Echo Productions' "Frankenstein", Andrei in Chekhov's "Three Sisters", Lalo in Pulse Theatre's "Night of the Assassins". He also participated in Dora Award winning "Counting Sheep", at Summerworks Festival Toronto. He is the founder and the Artistic Director of Pulse Theatre, the biggest Canadian theatre for children in Serbian Language. Originally from Montenegro, he is an advocate for immigrant performers, "audible minorities". So happy to be a part of this creative production and grateful to wife- Ljilja, and sons- Matija and Vuk, for their endless support and inspiration! 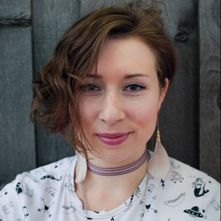 Collette Radau (Director)  graduated from York University in 2017 where she specialized in New Play Dramaturgy and Devised Theatre. Over the past year, she assistant directed A Dream Play (Theatre @ York), co-directed and dramaturged Midnight, Toronto (39th Rhubarb Festival), and assistant directed Configurations of a Divine Bitch (Goat Howl Theatre). Her other Fringe experience includes dramaturging Sonder (The ? Collective) and The Big Fat Surprise (innocent operations) for the Edmonton Fringe Festival in 2014 and 2016, respectively. 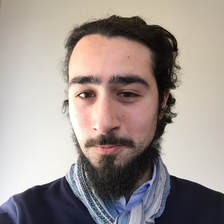 Naseem Reesha (Actor) studies English literature and theory in Toronto. He loves metaphor and metamorphosis wherever he finds them, especially among poets, dramatists, musicians, and psychoanalysts. As an actor and playwright, he’s worked with multifarious troupes and festivals on and off campus. Some of his more recognizable previous roles include: Oberon, Enobarbus (dies of shame), Antigonus (eaten by a bear), Harpagon (a real miser), Krogstad, and Mr. Darling. Poetry of his can be found at Dispatches from The Poetry Wars, Lady Lazarus, and in/on various zines and stages around the city…; music of his can also be found around the city. 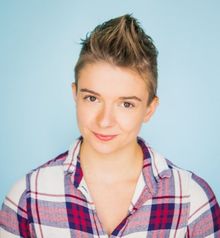 Jess Wareing (Actor) is a graduate from York University who has appeared in the short film Tofu Scramble which premiered at Inside Out, and will be playing Kenni in the new webseries Howl. At York, she played Cupid: Dido: Queen of Carthage (Dir. Peter Hinton), Egzon: Deportation Cast (Dir. Keira Loughran), Viola/Sebastian: Twelfth Night (Dir. Tanja Jacobs), and was a part of the development and performance of Post-National. Jessica has been acting all her life, and would like to thank the countless directors, mentors, teachers, and friends who have supported her and shaped her into the person she is today.

Kids Up Front - providing access to events for kids and teens

Unspoken Theatre is proud to partner with Kids Up Front to ensure accessible theatre for all children.

Unspoken Theatre is proud to support #FringeFemmeTO, a network of female identifying producers, directors, playwrights and choreographers at the Toronto Fringe

Thank you to Meating on Queen, grocery and butcher, for a kind donation of a gift certificate to help our fundraising efforts.
Leslieville, Queen St. E and Jones Ave